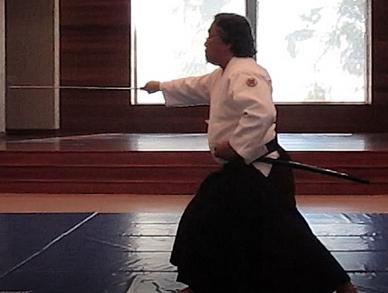 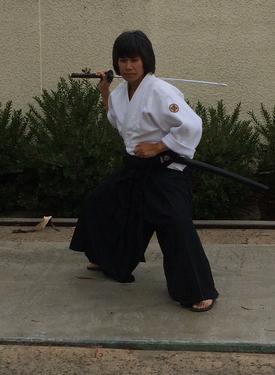 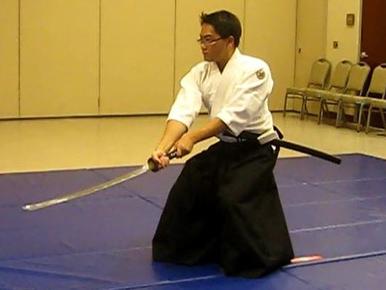 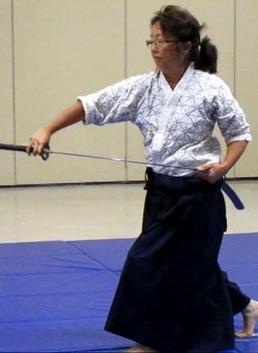 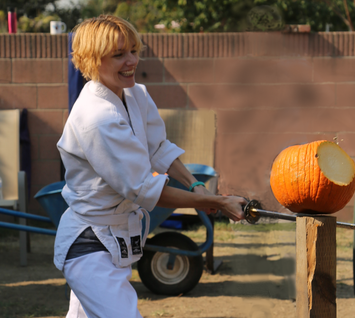 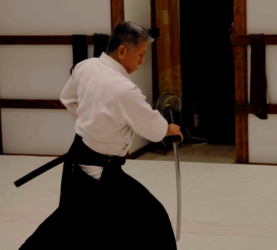 Initially, beginning students are provided with a bokken (wooden practice sword). Eventually, an iaito (metal practice sword), dogi (uniform) and hakama (traditional pleated pants) should be purchased to fully participate in the art of Iaido. Since there are many swords on the market that are not suitable for use, we suggest that prospective students ask for advice before purchasing swords.

Iaido (pronounced ee-eye-doe) is a Japanese martial art that studies the drawing, cutting, and sheathing of the katana (traditional Japanese sword). Iaido is a formal and non-combative art that was created to preserve the sword skills of the samurai. Training in basic forms and etiquette, Iaido's ultimate goal, as with Aikido and Zen meditation, is to assimilate a centered body and a focused mind into daily life. It becomes an art of self-refinement.

Training is typically focused on the solo practice of fundamentals, using the forms of Nishio Ryu Toho Iaido, a contemporary form of iaido created by Shoji Nishio Shihan. This style of Iaido requires no kneeling techniques, For those interested in a more traditional form, Omori Ryu is offered as an option where kneeling techniques are performed.